Soooo basically the takeover has been going well. I called a few people, deleted a few numbers, hell....maybe even made some new enemies (if they took the shit i said to heart) but don't think I didn't replace their ass with some new associates.

The people in Shenda's Life are sometimes lame. She's like, this girl who takes in stray cats and dogs and tries to fix them up. I don't think she understands that she has a life to live. She shouldn't be fixing everyone else's life.

Teems, I have so much stuff up my sleeves. The agenda is long but very much needed to snap her out of this spell she's in. She's been tripping and letting people step all over her lately. Maybe I'll get rid of the losers, lames, fakes, and what not and surround her with different people. She needs a man too. Yeah she does. Lmao. So I got work to do people. The revamping process has begun. I've even got her back into the theatre and put her down as a Minor In Theatre Arts. She loves that shit, I don't know why she didn't Major in it. I wont change her Major because then She'll be mad. Next time she puts me away I don't want it to be for Good.

So Valentines day is around the corner. There will be plenty of Bi-Polar, Schitzos (The correct way of spelling it is schizos but i much prefer the T) running around Brooklyn and every other state. I have come to the conclusion that during the Month Of February I Am A Jew. I Don't Celebrate Valentines day and since My Birthday Is In April, I don't mind not celebrating Birthdays, However Other people's Birthdays will Be acknowledged during this time of new found religion. I will most likely convert back to Shadow-ism (My own made up religion) After this time of trying out a new religion.

So Please enjoy crying because you didn't get that ring but instead got a Vickies See through edible thong. Enjoy your girlfriend Hassling you because you didn't spend THE ENTIRE DAMN DAY with her. Enjoy your boyfriend thinking SEX is a GIFT on Valentines day. Enjoy Your Girl thinking Balloons are the thing to have on February 14th. Some girl's may even be somewhere crying yelling FUCK VALENTINES DAY and secretly popping balloons because she didn't get any. Depression and madness.....Ahhhh Enjoy it. 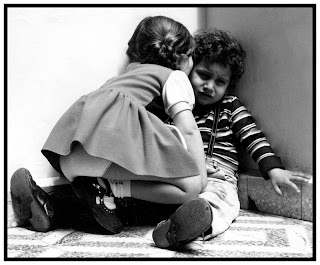 I will watch from my window and other various windows as psycho's run across campus with pink and red on as if there was a new cult that i was not notified of. I WILL NOT attend dances because lets face it, their LAME. Parties...OK, Dances...NO!

Plus cupid can get stupid and girl's get desperate. So I would much prefer not seeing mismatched couples. ENJOY!


----Shadow.
This entry was posted on 9:54 AM and is filed under love and shit, valentines day . You can leave a response and follow any responses to this entry through the Subscribe to: Post Comments (Atom) .

I want to wish you all the best with the new you. As for valentine days, I have never celebrated it, not that I don’t necessarily don’t believe in it, but simple because I just never had someone to celebrate it with, yeah I said it lol, I overheard my friend telling a girl that valentine was a gay ma, so he don’t celebrate that day, now you say you’re a Jew so u don’t celebrate, so now I have two thing I can use interchangeably.


I hope the weather will be good so you can look out the window!

ha! I didn't even come close celebrating it til my current man because of the above. We barely do it now... That was so on point. In fact it is the cheaters who shower their girls the most!

iont celebrate valentines day either..even when i was with someone and i'm kinda a lil bit with someone now i will not be celebrating\ didnt celebrate it. i'ma definitely be watchin and laughin at all the mofos who sit up and wait for that shii ha ha like teems said, they dudes prolly cheatin BULLET!!! lol

Valentine's Day isn't even that serious. I'm spending most of it with my mother and grandmother anyway.

And valentine's day is what it is. Nothing to take too serious whatever your status is.

So Please enjoy crying because you didn't get that ring but instead got a Vickies See through edible thong.--Crucial statement