Posted in Are you Fucking Serious, gay, Hard Out Here For A Pimp, i dont make this shit up, I Got A Story To Tell 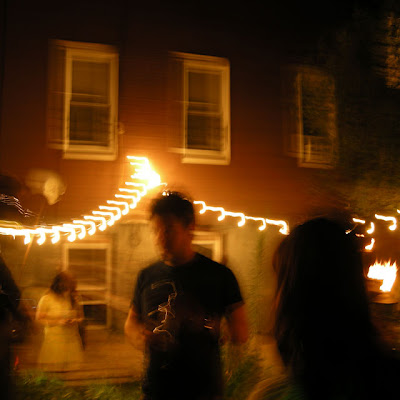 "I was wondering, i saw you from across the yard, and you haven't danced all night" - says

"Yeah, I....I Don't dance, not like these people do" - I say and look around at all the grinding and dry humping going on around me.

It was a summer night, I was hot but not sweating; rocking the hottest outfit at the party with my hair freshly washed and set. I had the fresh face, meaning no make-up, not even a hint of eye liner. Just Vaseline. I was rocking that fragrance called ...Soap. Obviously I didn't want to be here to begin with, but somehow some way Angie (my best friend at the time) managed to drag me here.

"Lol, so what are you saying, your too good for us common folk" - Still flashing a row of perfect white teeth. (I have a weakness like you wouldn't believe for a great smile)

"Nah, I'm not saying that at all, i just don't, i guess I'm more reserved, or maybe even too shy" - still looking around trying to avoid eye contact.

"Well My name's Mike, whats yours" - he says as he extends his hand. As a Girl, growing up in Coney Island, East new York - Brooklyn, And South Jamaica Queens, I didn't know what that hand was for.

"Shenda" - I reply and finally realize that this young man was trying to shake my hand. Major points.

"Lol you looked confused" - he says bopping his head to Jigga, My Nigga

"I Apologize, I'm just not used to guys shaking my hand, especially not from the east" (The section of Brooklyn we were in that night) - I reply as i finally took a quick glance at him and noticed how gorgeous he was in the face. He also had that bad boy look, something about that bad boy look, demeanor, it turned me ON.

"Its cool, so Shenda, why would your boyfriend walk away and leave you unaccompanied in this little corner, at a backyard bash full of eager men, I know you see the wolves eyeing you" he chuckles and points to a group of guys, some I knew from high school, some I knew from the neighborhood, and a couple I had never saw in my life; they were all staring me down as if I were a piece of meat; which I'm sure I was to them.

"Hey, Mike is it?" He nods yeah, "Yeah, well Mike, I personally don't like guys who beat around the bush and try to disguise what they're plans really are. If you want to know something just ask it." - I said as i searched for Angie.I saw her all hugged up on some random Jamaican guy with too tight skinny jeans. "Excuse Me" - and began to walk away.

"Shenda, umm before you go, I was wondering if you had a boyfriend, a man, or someone you were seeing, whatever it is that you girls call it these days, and if not, could i get your number and call you sometime." - he blurted out, it would have fallen on deaf ears but he managed to say it all before the Jamaican DJ started yelling "Bummbbaaaccllooootttttt" loudly into the microphone which traveled through the giant Bose speakers in a friends backyard, and echoed off of the cement walls enclosing us in the yard. He managed to say something else but i couldn't make it out because the DJ was now yelling

I Walked closer - "What'd you say, this bootleg ass Bobby conders yelling in my ear and shit i didn't hear you"

He smiled that award winning smile again which was obviously contagious because i smiled, and didn't know where the hell that came from.

"I Said, your entirely too cute for me to not at least TRY to get to know"

I held my hand out "Give me your phone"

He handed over a sidekick, how typical of a Brooklyn Dude to have a sidekick. I just dialed one of my 3 cellphone numbers, the one i always pick up, handed him his phone back and walked off.

We met a couple of times, had dinner, he never tried anything crazy, and never made me feel like less than a lady. Eventually, I don't know what happened but we kind of fell off. He went his way and i went mines. I found myself asking ..."Whatever happened to Mike"

I Don't know. maybe he's a doctor, a lawyer, a politician, a drug dealer, in prison, dead (I hope not) or moved to another country....

Until, I walked into him in Lennox mall in Atlanta.

Who would have known that 6 years later i would run into my high school sweet heart who never was, in the same mall that i happened to be shopping in. I didn't know what to do, speak, say hi, ask him if he remembered me.

This entry was posted on 7:20 PM and is filed under Are you Fucking Serious, gay, Hard Out Here For A Pimp, i dont make this shit up, I Got A Story To Tell . You can leave a response and follow any responses to this entry through the Subscribe to: Post Comments (Atom) .

oh my . .
lolz, the ending was unexpected.

that was really good.
did you write this ?

OMG!!!!!!!!! I definitely wasn't expecting that ending...although being in ATL right now, I'm really not surprised. Guess it's a good thing yall fell off

the writing is vivid as hell...unexpected turn of events

thats crazy your stories are always vived, this Kanye remixed song on your page is good this girl can sing

niceeee i love this!!! you made me feel like i was there...love mama

Loved the details and the irony of the story...

wow. so crazy & that ending was so unexpected. but like shay shay said living in ATL I'm not really surprised

Is it bad that soon as you said you saw him in Atlanta I wasn't surprised he was dookie chasing?

I'm mad you meet a guy that wasn't an asshole and he turns out to be . . . into asshole. This just supplies more ammo for that "It's always the good ones" argument.

Holy crap. LMAO, that is so weird; The end was a speechless moment.